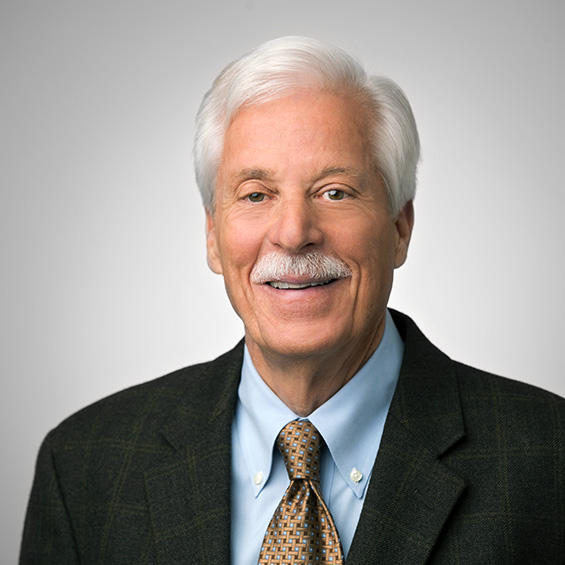 By Margarita Foster of LoopNet

In this two-part series, LoopNet explores the basics of commercial real estate (CRE) property assessments and how commercial property owners can appeal them as tenants walk away from leases or fail to renew during the COVID-19 pandemic. Part one, presented below, focuses on challenges faced by owners and assessors relative to occupancy declines and how they can be overcome.

In the spring of 2020, commercial real estate properties were shuttered as the COVID-19 pandemic erupted across the United States. As the year wore on, some of these facilities became lightly occupied but many remained largely empty. The effects on commercial property owners varied. Some reported a significant decline in operating expenses because their buildings were sparsely occupied, but others lost tenants, causing occupancy and net income to decline.

As property owners reconcile their financial data, some are concerned that the unique conditions and dynamics that occurred in 2020 may not be fully or even partially reflected in the assessed value of their properties.

To explore these issues, LoopNet spoke with Martin Lutsky, a real property tax expert at management consulting and CPA services firm Clearview Group, about real property tax assessments during the COVID era. He drew on decades of experience working in government and private industry, including 18 years with The Rouse Company as director of property tax for the U.S.

Challenges Facing Both Owners and Assessors

Lutsky began by discussing the assessment process and some of the conditions he is currently encountering in jurisdictions conducting assessments. Although based in Maryland, Lutsky has worked in more than 40 markets across the U.S. during his career, and he believes property assessment conditions and processes in Maryland are generally analogous to those across the country.

Lutsky explained that there are three general approaches to valuations. “It’s either an income model, sales model or a cost model. For a commercial property, the assessors typically utilize an income model,” Lutsky said. This approach considers a building based on its physical characteristics such as location, as well as the quality of the design and materials used. However, most of the assessed value is derived from the income flowing through the property.

Lutsky noted that 2020 was an unprecedented year for property owners. Midway through 2020, a number of businesses downsized or failed, causing office, retail, restaurant, multifamily and even industrial tenants to walk away from their leases or to not renew them. The magnitude of these conditions is significant. Consider the lodging industry. Hotel room demand across the U.S. declined by 35.7% last year, resulting in significant revenue losses, according to CoStar’s hospitality analytics firm, STR. For context, this is the biggest one-year decline in demand ever recorded in the STR dataset that began in 1990.

These conditions represent abrupt declines in income for commercial property owners. But will these declines be adequately reflected in 2021 property tax assessments? To find the answers, one first must understand the basics of the assessment practice which include the following:

The good news is that there are proven methods to account for sudden changes in occupancy and the resulting difference in net income that both property owners and assessors are comfortable with. A numerical example is provided below.

Properties May Not Be Assessed Every Single Year

The timing or intervals at which assessments are completed play a role in determining the accuracy of the property tax assessment. “The interval of the assessment varies by geography. Some jurisdictions reassess annually, others every two years, some every three years,” said Lutsky. “The assessors send out, depending on the cycle, what they call an income questionnaire. Returning the income questionnaire gives property owners the opportunity to convey the property’s performance over the financial period requested, but also allows them to identify negative trends a property may be experiencing.”

In Maryland, real property is assessed on three-year cycles and assessors examine three previous consecutive years of income and expenses. So, properties reassessed for 2021, and probably 2022, will likely have experienced declines in rental income resulting in reduced valuations.

2021 assessments will likely pose the biggest problems. Why? Because 2020 was the beginning of the “transitional” period when the economy shifted, causing income streams for many property types to decline and assessors to abruptly reconfigure their models to recognize these radical changes.

Assessments are Based on Historical Data

When the 2020 income data (reflecting underperformance) is combined with the 2018 and 2019 income data (exhibiting stronger performance), the three-year average income figure will decline, but it may not adequately reflect the drastic and sudden drop in net income reported by a property in 2020 and potentially continuing into 2021.

In Maryland, Lutsky said property owners submit three prior years of financials by April 15, so an assessor can value the property eight months later. However, since much of the country went into lockdown around that time in 2020, first quarter financials might not be representative of the full year and how businesses were later impacted by the pandemic. “So, I can say to an assessor, ‘wait a minute, you increased the assessment by X percent, yet tenants have vacated, I lost my restaurant … and my occupancy is half of what it used to be.’” Thus, when Lutsky presents an argument to an assessor he is given the opportunity to present all of the year’s financials, not just the ones from the first quarter of 2020.

“I think the real issue is we’re just now finding out what really happened in 2020 and how badly it’s affected real estate,” said Lutsky.

The CRE appeals process (to be discussed in part two of this series) centers on an owner’s ability to document where occupancy, rents and income have declined and/or expenses have risen — adversely affecting the bottom line and therefore the value of the property. Illustrating the degree to which conditions declined and income fell will support an owner’s case.

In terms of timing, however, the bottom line seems to be that with rolling averages “fair and reasonable” valuations tend to work themselves out over time. In 2021, the proposed assessment may be too high because it is based on previous years of stronger income plus one year of pandemic income. But, if market conditions improve by 2023, the assessment for that year will be below market because it will be based on three previous years of very weak income.

In general, simply relying on historical data means “the assessment assumptions and valuation models can be a little dated,” said Lutsky.

Standard, Not Individualized Assessments Are the Norm

Assessors do not have the manpower to conduct detailed assessments for every property within their jurisdiction, so they often use benchmark figures based on a sampling of properties to create valuation models for similar property types. This approach is necessary in typical years, but even more so in transitional years when more appeals are filed, generating additional work for assessors.

“I’ve talked to the assessors in Anne Arundel County, which is where Annapolis, Maryland is located. There are two commercial assessors there and they had 700 appeals this past year. That is a monumental amount of work,” for just two assessors, said Lutsky.

“[Assessors are] working to understand all these arguments that people are presenting, trying to figure out if these numbers are right, wrong or indifferent,” said Lutsky. Additionally, in the summer they need to plan for the beginning of a new cycle. “So, I tend not to fault the assessment process because I believe that sometimes they don’t have the resources needed to assess each property independently, so they create standard models for general categories,” Lutsky added.

To illustrate this mass appraisal approach, consider the following: Assessors understand that overall hotels are suffering. After examining a series of budget hotels, they may conclude that within their jurisdiction net operating income for budget hotels has declined by 60% during 2020 and they may apply a standard percentage value adjustment to those types of properties.

“I have started reviewing assessment notices for clients. I find it interesting that in Baltimore City, Maryland they are taking what I would say is a conservative approach. If you had a property that was stable relative to its true peers [i.e., had similar occupancy, income and expense figures] in this last year, you’re probably going to get the same value that you had before, or they might slightly increase it,” said Lutsky.

But according to Lutsky, they have not increased it significantly, by say 20% to 25%, an increase one might see for an assessment conducted every three years, which amounts to an increase of roughly 8% per year. “In restaurants, they’ve actually either held the number or they’ve reduced it a little bit. On hotels I see in Baltimore City, they reduced the assessments, I would say substantially; I am seeing 10%, 15%, 20% deductions [in assessed values.] They are recognizing that hotels have suffered. They’re recognizing that restaurants have suffered. They’re not adjusting at the same levels for apartment buildings.” Those valuations seem to be flat, said Lutsky.

He said that by comparing the standards used by the assessors to the particular data of a building, one may find significant discrepancies. “I may look at it and go … that’s not the read I make. My operating expense was this, my building is 34 years old, it’s not in the neighborhood that you think it’s in.” When those differences are identified, property owners have a solid case for appeal. The greater the divergencies, the stronger the case.

How to Account for Changes in Occupancy: An Example

If, however, the owner and assessor agree that the building characteristics such as age, condition, location, income, expenses, etc. are accurately reflected in the assessment, there is a way to account for sudden declines in occupancy and income, explained Lutsky. “I recently presented an office building appeal based on [that scenario],” said Lutsky.

The appeal was for a 34-year-old, Class B office building consisting of 46,285 rentable square feet (RSF) located between Baltimore and Washington, D.C., which had posted several years of vacancy exceeding 50%.

“This office building was 50% occupied and we were able to build a pretty good case. We developed our value estimate based on a stabilized value which we adjusted, in this case discounted, for the lease-up costs the owner will incur to re-lease the building.”

However, the actual occupancy in December 2019 was 48% or 39,525 RSF, meaning the owners had to lease 17,205 RSF to reach that stabilized goal. To do so, they would incur costs for items such as tenant improvements and leasing commissions, in addition to experiencing a period of lost revenue.

“Our estimated lease-up discount amounted to $1,206,650 based on basic tenant improvements of $25 per RSF, leasing commissions of 6%, and lost revenue during what we believe to be an extended lease-up period. Our opinion of the market value, effective January 2020, amounted to $4,188,350,” said Lutsky.

This discounted value opinion was further supported by comparable sales in the preceding three years within this submarket, several of which also reported high levels of vacancy. By figuring out the costs incurred to reach 85% occupancy, one can adjust or discount the stabilized value for the “as is” assessment.

To view part two of this series, visit here.