The publishers of INSIDE Public Accounting (IPA), announce the release of their annual financial performance analysis and ranking of the nation’s 400 largest public accounting firms.

Beginning in 1994, IPA began naming the “Top 50 Best of the Best Firms in the U.S.” selected exclusively on their performance in specific areas of management, growth and strategic vision.

Now in it’s 30th year, the rankings are complied from data gathered in the annual IPA Survey and Analysis of Firms – one of the most comprehensive, in-depth surveys in the accounting profession. 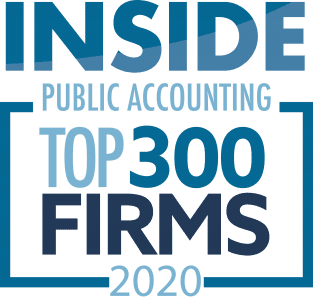